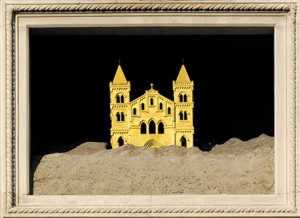 The scene recalls the foundation of the church of Montalto which stands on the Caperrina hill, that is on the left when you look at the clock tower.According to the tradition, in 1294 the Virgin Mary appeared to Brother Nicola in a dream, asking him to build a church dedicated to her name. The Madonna told him to gather on that hill all the authorities of the city, because at noon a dove would have drawn, while flying, the perimeter of the church which was to be built. So it was, and the church was built in no time.

At noon on the notes of the Ave Maria of Schubert, a dove, while flying, draws a circle and thereafter the church of Montalto arises from the rock. 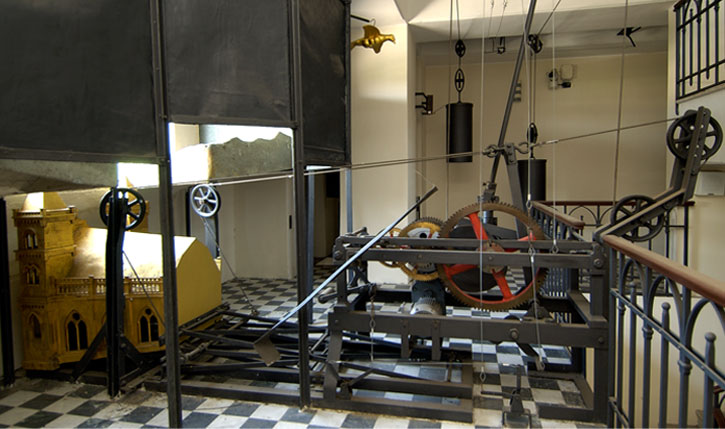