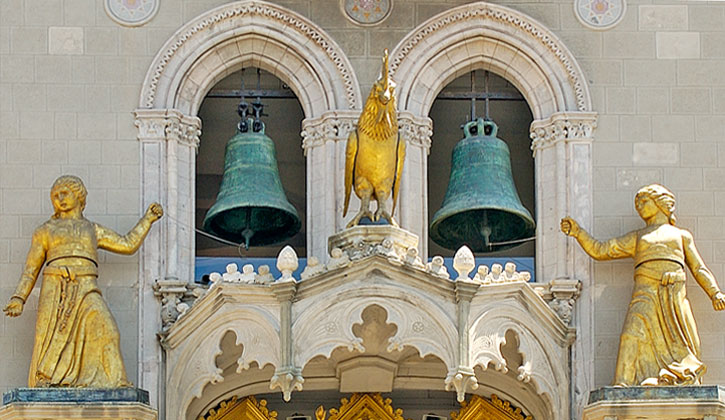 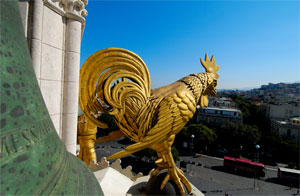 THE ROOSTER
The Rooster stands in the centre between the two heroines. The statue, 2,2 m high, conceived by the builder as the symbol of the awakening of man, at noon, shortly after the lion has roared, flaps its wings, raises its head and crows for three consecutive times. 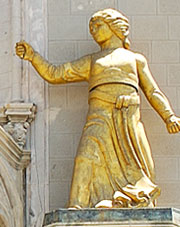 DINA AND CLARENZA
The hours and the quarter hours are  struck by two automata bronze statues, representing Dina and Clarenza. The two heroines defended the city during the Sicilian Vespers war. On 8th August  1282, the Angevin troops, which were sieging the city, had caused much damage to its walls, but then were thrown out just the same. In order to give some rest to the men, who were exhausted after the continuous battles, the following night, the women of the city mounted the guard on the bastions of Messina to relieve them. The Angevins, taking advantage of the night, tried to launch a new attack. It was then that Dina started rolling down stones to stop the enemy while Clarenza gave the alarm by ringing the bells and in so doing saved the city.

THE HEART OF THE CLOCK
The heart of the clock is located at the floor of the rooster. A powerful counterweight clockwork mechanism sets in motion the 54 automata statues that move in 7 separated scenes, one above the other, on the façade of the clock tower, overlooking the square. 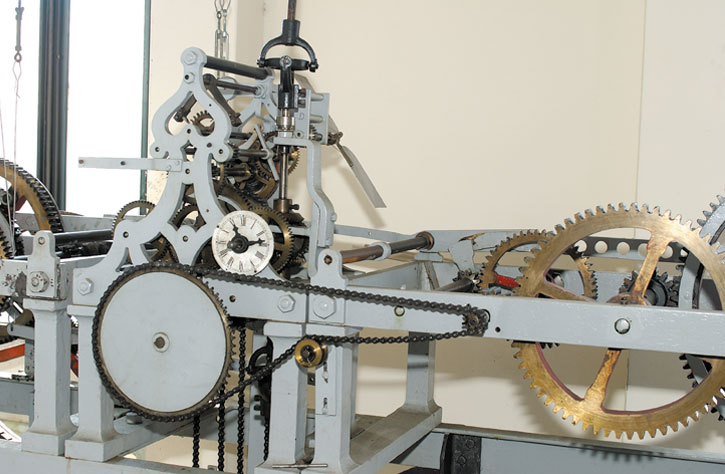